In Tux Racer, players race as one of four arctic characters (including the popular Linux® Mascot, Tux the Penguin) through eighteen thrilling downhill courses, while collecting herring and performing tricks along the way. Enter cups and compete to win the title! Tux Racer includes a variety of options for gameplay, including the ability to race courses for time, against computer opponents and even your friends in fog, snow, and high winds.

Your journey starts as you compete on beginner courses designed to let you learn the basics of Tux Racer's controls. Win and you will unlock other courses and cups that will lead you to more exciting and challenging races. Only the quickest, smartest, and luckiest will win! 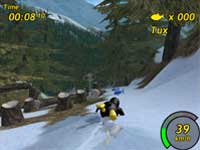 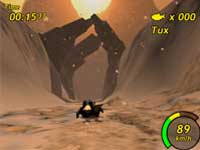